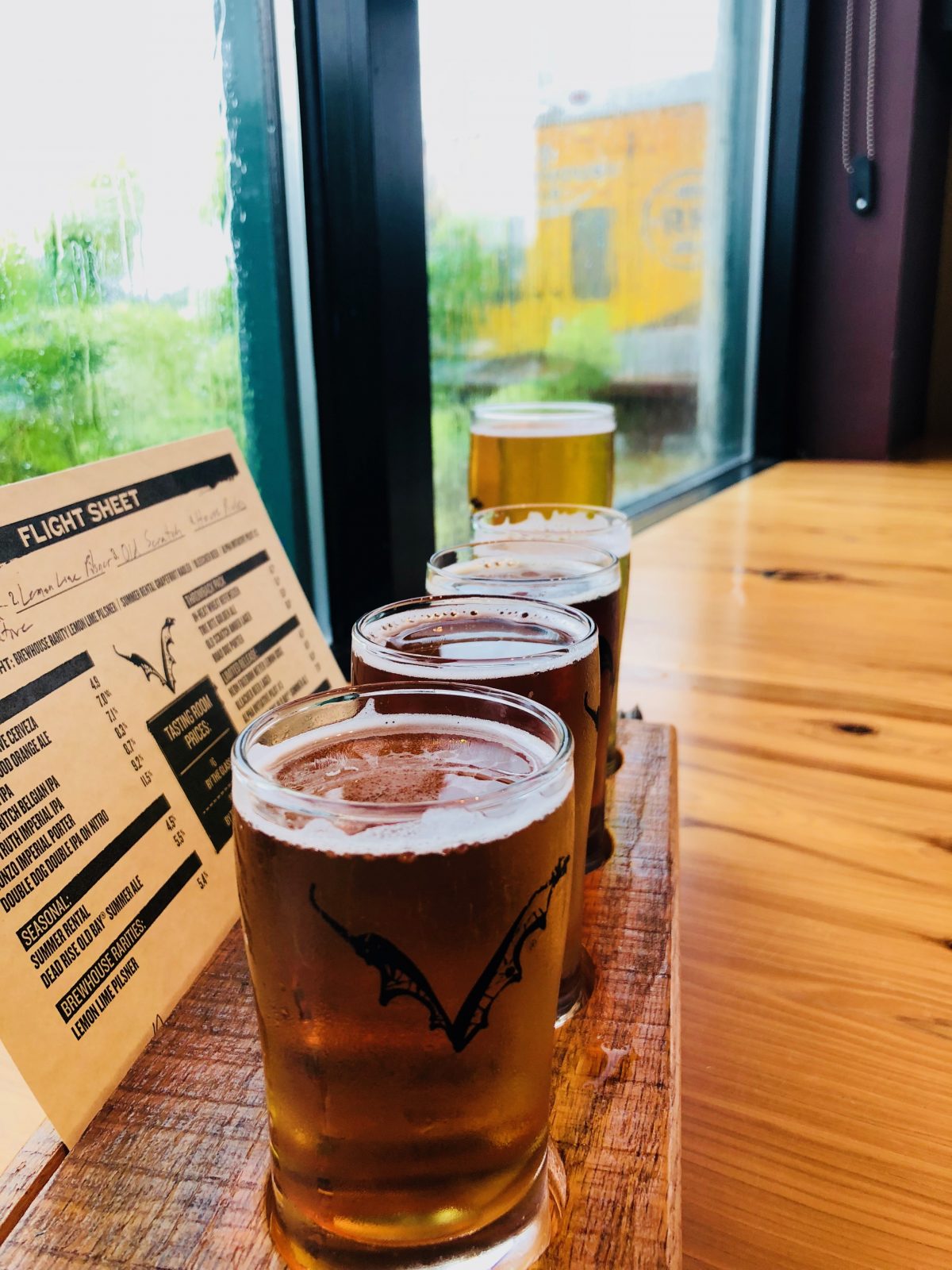 You didn’t think it was about airplanes, did you?

My husband and I had the opportunity for a weekend away, sans kiddos. Our plan was to camp in West Virginia, Seneca Rocks specifically. It rained for a straight 5 days before, after and during this weekend, camping was no longer an option. Limited to Maryland, we hopped in the car with no itinerary and drove towards Frederick. 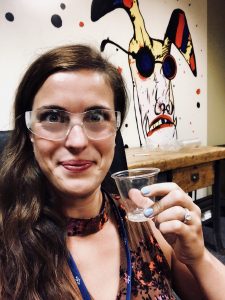 Brief back story for you. Follow me for a moment. This blog was born in September of 2017, I was helping a family buy a home in Frederick County. Before this, I hadn’t done any business in the area, so it became my mission to find out what life would be like there. The best way to find the vibe is through experiencing local spots. As tech entrepreneurs, my clients were drawn to the area to enjoy the business and tax incentives offered by the County. Again, this was new to me, I had never heard that Frederick was a good place to start a business. But guess what? It IS lucrative to start a business there. There is an expedited process to establish new businesses, much faster than in other counties. Click HERE to see more about the incentives that have people move in droves to the area. 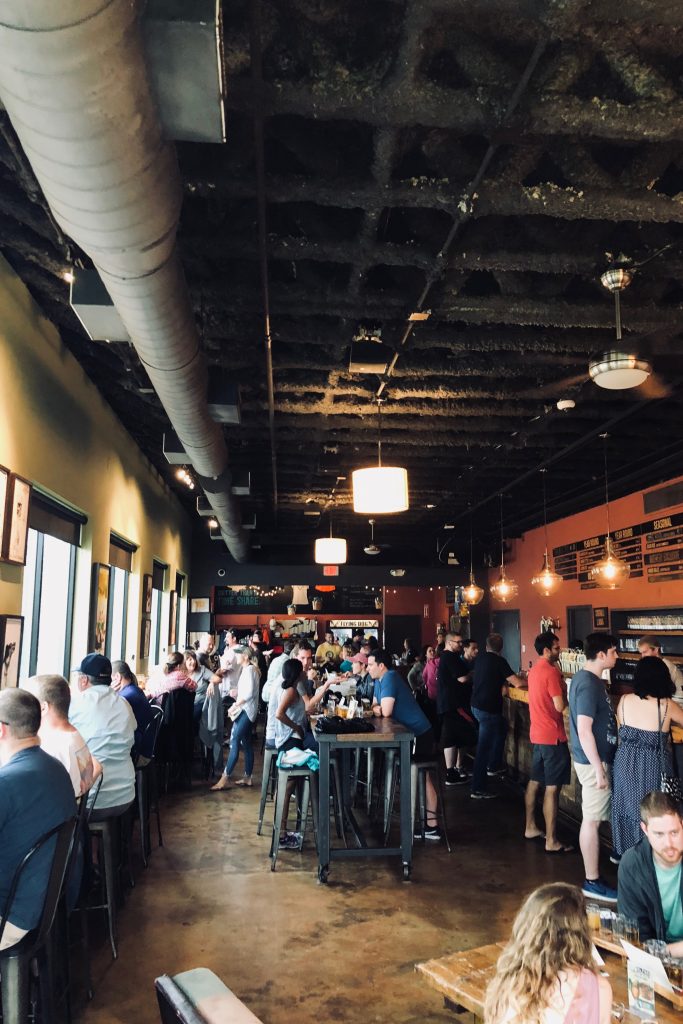 Beyond that, in western Maryland it’s easy to find a massive property on a town house budget. We searched areas like: Adamstown, Middletown, Brunswick, Walkersville. It was during one of these appointments that I found out my husband’s favorite beer is in Frederick: Flying Dog. This memory came back to me as we were ready to head East towards Annapolis.

Flying Dog wasn’t born in Maryland; it migrated from Colorado in 2006 when there was an amazing opportunity for an improved brewery location. When their doors opened, there were 3 Breweries/Wineries in a 20 mile radius. Fast forward to today, 2018, there are 17! The competition doesn’t drag them down, though, it thrills them. More people get to enjoy their craft as the area becomes more of a brew/wine destination. Be sure to check out the ‘Brew Tour‘ bus to make the most of your Frederick Experience 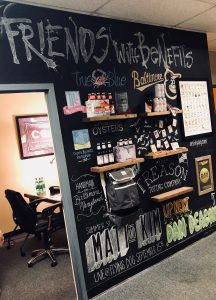 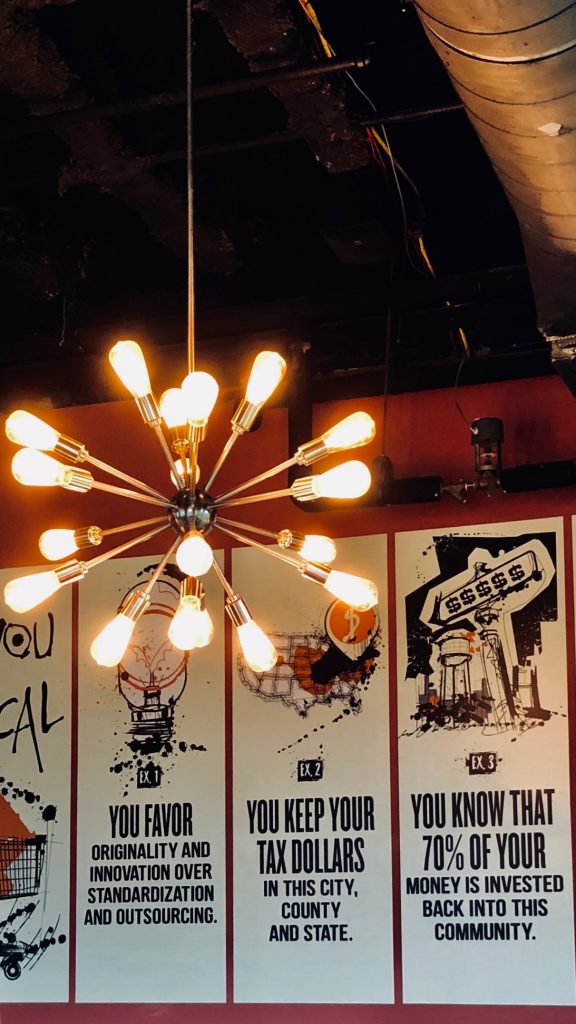 When you support a local business 70% of that money gets invested back into the local economy! Flying Dog has partnerships with loads of local business, non-profits and community initiatives. If you work with these folks, you’ll get blasted on their ‘Friends with Benefits’ wall. Taking it a step further, they have the honor of being the official beer of the Baltimore Orioles. Celebrating that MLB partnership, they crafted Bleacher Beer. You can only get this beer in their Brewery or in Camden Yards.

Now, to the really good stuff: the beer and the food. I know nothing about beer, I’m not a beer drinker at all, so this should be fun to describe craft beer. We went with a flight consisting of: Alpha Initiative, Summer Rental, Lemon Lime Pilsner and Old Scratch. Summer Rental was my favorite; not by a landslide though, they were all unique and had different ‘hoppiness’ that made drinking the variety a blast. Summer Rental had a crisp citrus flavor with a sweet after taste. It was cool, the whole way through, even the last sip held those notes well- rare for me to ever drink the last two or three sips. A refreshing Summer drink, but not light. I didn’t feel like a wimp drinking it like some other beers who will remain nameless. 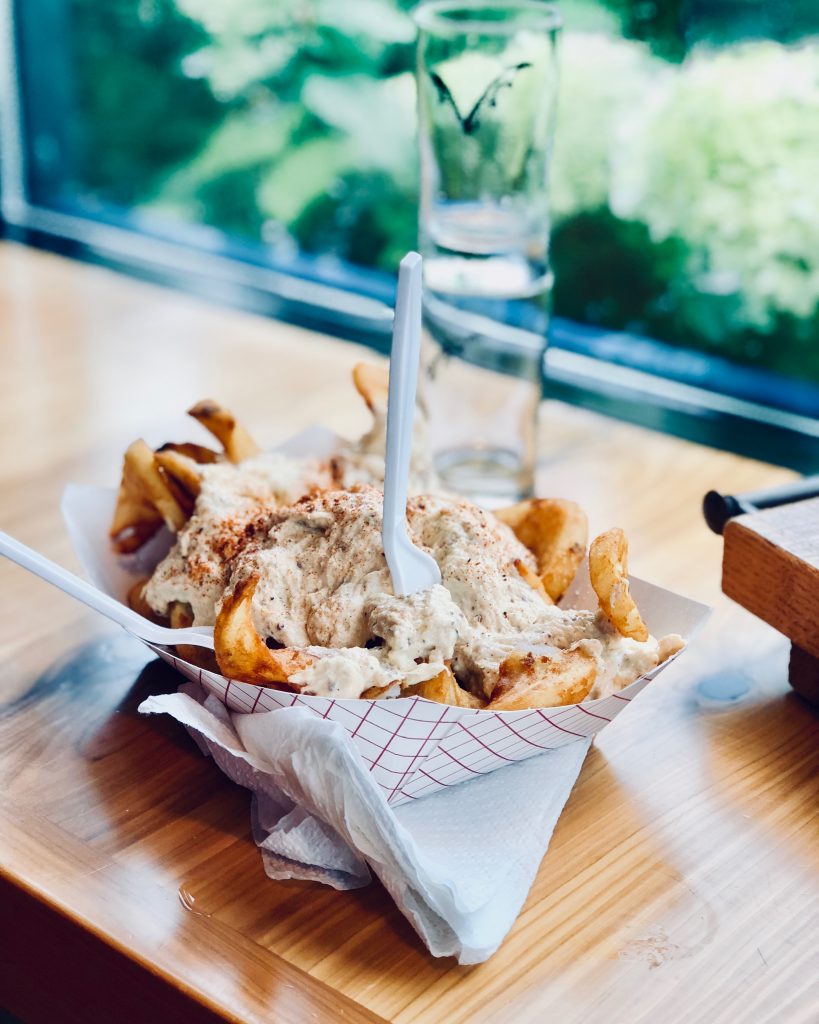 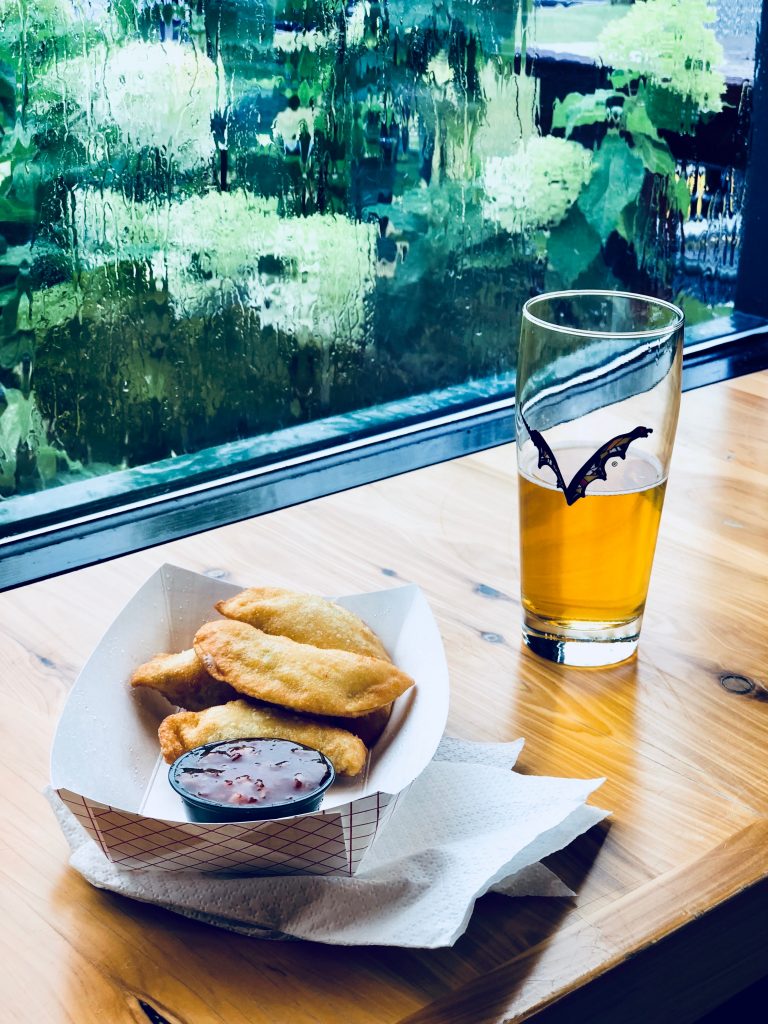 The FOOD! There are food trucks on site, this day we had the pleasure of Roasthouse Pub. Of course fries with crab dip, you’re in Maryland and it should be a sin to order that sans crab if there is an option. We rounded it out with Duck Fat Bacon Empanadas. Bam! I’ve never met an empanada I didn’t love, sweet, savory or otherwise, but these were smokin’. The bacon was fresh, served hot and not as salty as you would expect. These bad boys are served with a traditional sweet duck sauce spinoff . 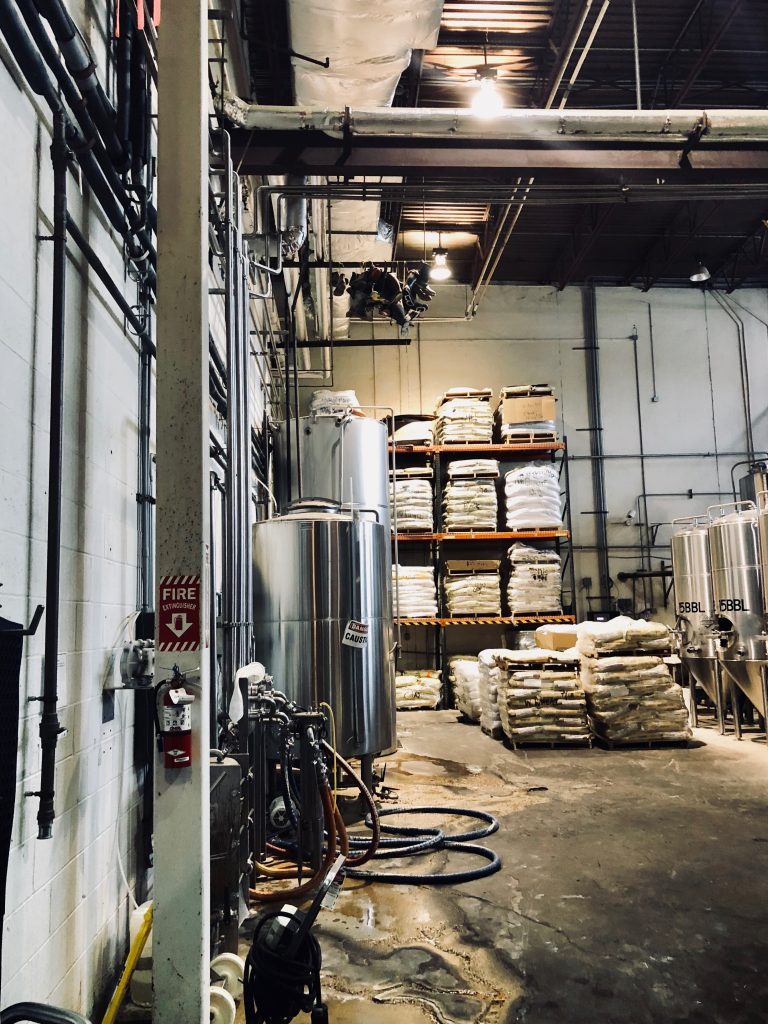 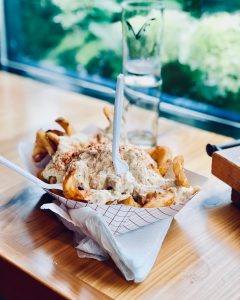 The tour at Flying Dog: I cannot recommend it enough. I left feeling in love with their brand. The environment is drenched in Ralph Steadman art, like you’re in a beer cooler filled with Flying Dog. Great atmosphere, tons of games, seating options and the folks behind the bar were dynamite. Make sure if you have the chance to pass through Frederick you make a stop at Flying Dog, go ahead and spend the day.

So….you scrolled to the bottom just to get a synopsis 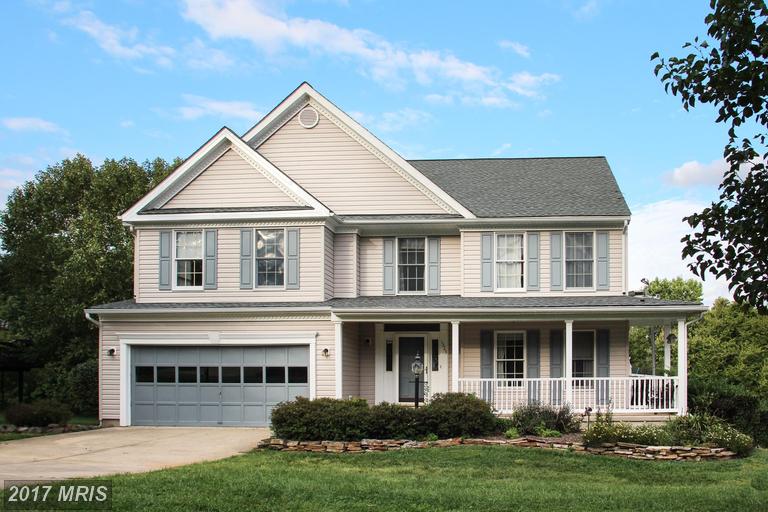 Subscribe
Do you want to know about the best local spots? Or maybe you're interested in my easy-to-digest housing market report - drop your email below and let's be friends already!
Give it a try, you can unsubscribe anytime.